The worst that can happen is failure…and I can deal with failure. 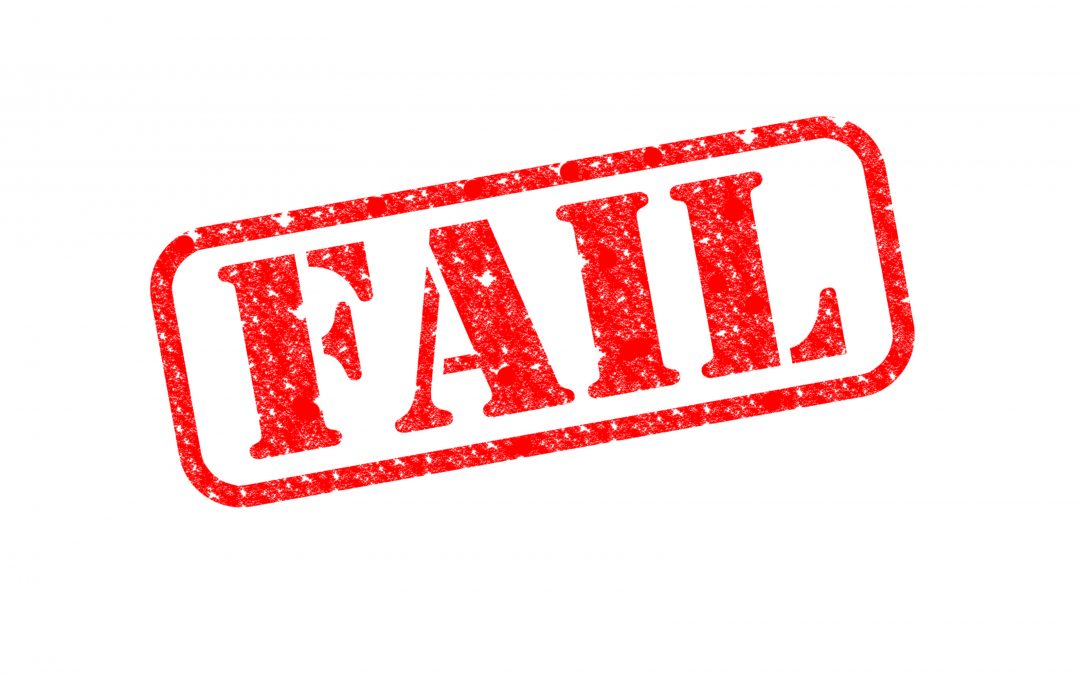 How did you react to the title of this blog? Did you agree, or did you react strongly with thoughts around how bad failure can be?

A common deep fear people have is that of failure. The thought of not being able to do something, at everyone discovering that we couldn’t do it, losing things because of our incompetence or just not feeling we are good enough in this space prevents many people from taking action.

Fear of failure, like many things, lies on a continuum. Rather than simply having the fear or not, most people have this fear to an extent, but the impact it has on their life and how they engage with it varies:

I have had clients who will admit they still don’t like failing, but they understand it is part of the process, it is where growth happens, and they don’t attach their self-worth to it. They view failure as a step towards amazing success and part of living. Although, as I said, they don’t like it and will still have negative feelings towards it, the feelings towards themselves are not altered, and they are quick to move into the positive space.

“I see failure as an opportunity”

For many, fear of failure plays out in their risk aversion. They will look at the likelihood of failure, and weigh that up with the outcome, output or reward for taking that risk. They will be willing to take a bigger risk if the reward is bigger, or they may be more comfortable taking risks in certain areas of their life. Although they understand failure is part of the world we live in, it is still something they would rather avoid, and it can take some work to actually take the action required. These people can see that failure does not always reflect them as people, there are other factors involved, but they can be too hard on themselves too.

“It could be worth it”

This group of people will find any fault with the new piece, procrastinate heavily or look for ways to stay in the same position they are in, convince themselves they are happy where they are. They can often self-sabotage before even trying, ask other people to confirm their resistance, or will do things behind closed doors, so no one will need to know. These people believe that most failures are personal, that blame should be laid squarely on their shoulders, and they will struggle to not attribute it to themselves regardless of the evidence.

Those that have the fear of failure as their central fear, and have not challenged, addressed or worked on this will do almost anything to avoid failure. They will remain in unhappy relationships, unfulfilling careers that are beneath their capabilities and aspirations, and will not create or seek out new opportunities. Any failure is attributed to themselves, and they will seek to confirm this, while ignoring any contradictory information.

This is by no means THE groups that you could fit in, as I said to start it is a continuum. You might recognise yourself in a few of these examples, or think you are somewhere between them.

As I am sure you have picked up by reading through the different examples of places along the continuum that I have given here, the fear of failure is linked to self-worth and self-compassion. Not attributing all external pieces to one’s self internally is part of our self-worth, while being able to say ‘I made a mistake’ or ‘that didn’t work out, but it is ok’ is part of self-compassion.

At times, we are all going to have that fear that something may fail and what that could mean for the company, for lives etc, but it shouldn’t become so strong that it prevents us chasing our dreams, or opening up new spaces for us. We shouldn’t sit, unhappily, in the same spot because this fear far outweighs the unhappiness we are feeling.

–          Do you view failure as an opportunity for growth and learning, do you avoid it at   all costs, or are you somewhere in between?

–          Does the fear of failure affect your functioning or your direction?

If you can relate to this, or realise through any of these examples or questions that the fear of failure is affecting you, addressing your self-worth could be the place to start. Have a read through some of my other blogs, try journaling, read some texts in this space, seek out a counsellor, or reach out to me.