Are you tied to a twig? 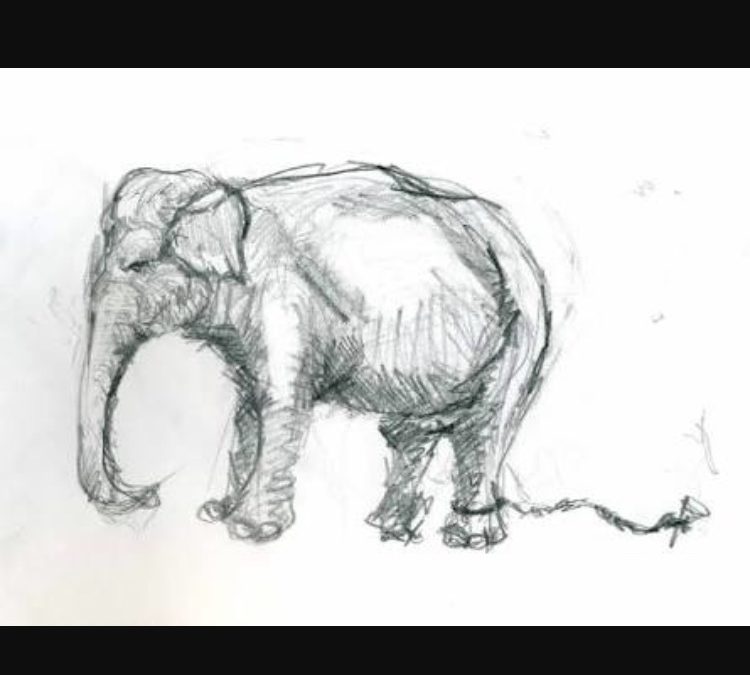 ‘The Elephant and the Twig’ is a story that came about from watching captured infant elephants, tied to a strong tree, one that is strong enough to withstand the baby’s attempts at pulling and trying to escape.  Over a period of time and repeated unsuccessful attempts at escape, the elephant loses hope and thinks that no matter what it does, it will never be able to escape.  The elephant holds on to this mindset so that even as a fully grown beast, it can be tied to a very small tree and it will not even try to escape, though it could easily do so.

This might seem like a silly story and you may be wondering why the elephant doesn’t realise that it’s now bigger and stronger and could easily escape, rather than letting it’s past experiences prevent it from trying.  However, this is something we do too.  Our past experiences, negative thoughts and our mind as a whole, cloud our reality and form such strong beliefs that it can stop us from achieving our goals, or even attempting to achieve them.

From birth, we begin taking in information from the world, organising this into schema, like files, in our brains.  As we have more experiences, information or data that reinforces a particular event is added to this ‘file’ and we form a belief.  The young elephant in the story continually reinforces the belief that once tied up, he can not escape.

Beliefs form a framework of how someone would see and understand the world and once a belief is formed, one tends to take this as fact and will persevere with this, accepting information that supports the belief and rejecting any information that contradicts it.  The elephant grows bigger and is tied to comparably tiny trees, information that logically should tell the elephant that he can now escape.  However, it’s mind rejects the contradictory information it’s receiving and sticks with the belief that it can’t escape.  This highlights how strong our beliefs really are and they show how much they can affect our lives, while it also demonstrates the power of self-talk.

No doubt you’ve had times where you didn’t even bother to give something a go because you ‘knew’ you were going to fail.  Or you sabotaged your progress in some way because you ‘knew’ that you weren’t going to get the results you wanted.  It was pointless, and you told yourself this.  This has all come from a belief that has been formed based on past experiences, including what others have said to you, as well as your own negative self-talk.  These self-beliefs can be so strong that you 100% believe it, no matter what the real truth may be.  The self-talk of not being good enough, not being able to do it, why bother etc. outweighs any logic that might show you that you can, in fact, achieve something.  Conversely, you may have watched in disbelief as someone you know, didn’t try for that promotion, or try to reach that goal, even though you know they are extremely competent, and then listened to them explain it away.  You might have sat there and thought “what the…how do they not see how amazing they are?”  I can assure you that others have thought the same of you.

So, what do we do about this?  The first step is to identify the beliefs we have.  Notice what you say to yourself as you begin a task, what you hear internally when you get feedback (positive or negative), somebody asks you to do something, when you react strongly to a perspective or simply when you’re chatting with others.  Try to catch this and note it down.  This will highlight the frameworks that you have built.  Once you have identified the beliefs that you hold, you can start addressing the negative self-talk and start working on those beliefs that can be changed.  This is something we can all do, though most of us will require support to do it, whether it be through a counsellor or a coach.

Start catching these thoughts and don’t let yourself be the strong elephant, constrained by the tiny twig.